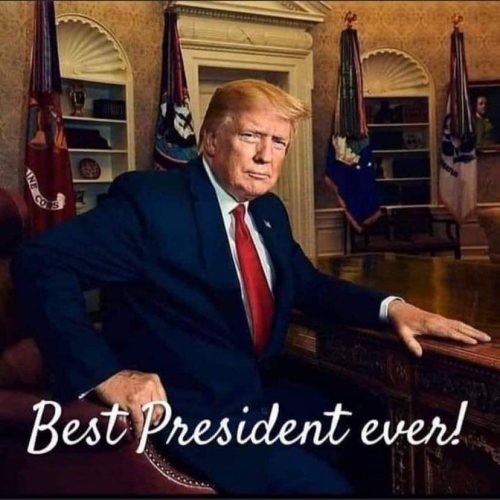 In the most recent Rasmussen poll, conducted Tuesday, President Trumps final approval rating sits at 51 percent. Rasmussen has been consistently accurate since before Trump term, and was one of the few polling firms to correctly forecast his 2016 victory, BizPacReview reports.

According to an aggregate of polls at RealClearPolitics, the Presidents overall approval rating is nearly 40 percent, while Bush when he left office in January 2009 was slightly under 30 percent, The Federalist reports.

No one will ever convince me that President Trump was beaten by a guy who was twice before rejected by Democrats, an avowed racist, a plagiarist, campaigned from his basement, couldn’t get more than 100 people to show up when he did have a rally, and had as his VP candidate a woman so rejected by Democrats she was one of the first to drop out of the primaries.

Come 2024 Trump may not run but whoever he backs gets my vote and donations.