Music……..Disturbed – The Sound Of Silence 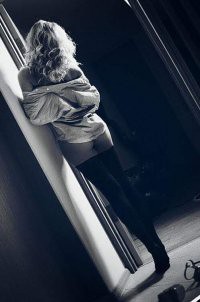 Goodbye my beloved America, you will always live in my heart forever, the way it used to be, the way people were proud to fly our Flag, thanked our awesome troops, loved our Anthem, respected freedom of speech , allowed a President to speak to his supporters and to share with them. A country when we voted and our side won we were allowed to wear t-shirts with the name of our candidate, wear hats and pins of our candidate and not be terrified we would be knocked down or injured by the other side.
Now we will have a socialist/ almost communist country. Things are changing now for the worse, like we have NEVER experienced unless we came from a socialist/communist country.
Freedom of speech is disappearing, how long before our guns too will be a memory, God has been taken out of so many things, our voice is small in numbers when up against corruption and fixed voting machines. Even so it remains strong and passionate for right vs. wrong, for honor vs. caving in to the left the party that Soros and Satan have a grip on. The left has known better then we on the right, that to win the battle is a more important step by step process then to try to win the war. We on right have gone for winning the entire war and have lost each time. Each separate battle they have won has completed so many of their ultimate goals of destruction and cultural change for the worse that they have wanted. Abortion , marriage, schools taking out history from their books and teachers pushing their propaganda of the far left to small children through college.
I am angry beyond words, broken hearted like a warrior that sees the reality of the foe and the weakness of too many on our side unable to stand against this flood of evil taking over.
I am NOT giving up, it is not part of my DNA to ever give up, but I am saying goodbye, simply and sadly goodbye to the America of my youth, of my husbands youth. These sickos, that are in charge now, they are evil like children of Satan and Soros combined, they have no clue why our country has been so special, they will run their course and cause their devastating damage along the way. Like New York, California and other places run by the left and their changes for the worse.
So many times I have said that on 9-11 the terrorist took all those lives nearly 3,000 ,but it still cannot compare to the damage the LEFT does to our country of 331 MILLION, because their damage effects every single American.
What gets me too is the very day they voted to impeach President Trump a second time, I got a text asking for donations to the GOP. WTF were they not paying attention???? 10 Republicans voted to impeach, were they out of their freaking minds?????? I told them to ask Liz Cheney and the other POS’s for the money.
Amazing!!!!
~ Chrissie aka Wild Thing

Disturbed – The Sound Of Silence
Hello darkness, my old friend
I’ve come to talk with you again
Because a vision softly creeping
Left its seeds while I was sleeping
And the vision that was planted in my brain
Still remains
Within the sound of silence
In restless dreams I walked alone
Narrow streets of cobblestone
‘Neath the halo of a street lamp
I turned my collar to the cold and damp
When my eyes were stabbed by the flash of a neon light
That split the night
And touched the sound of silence
And in the naked light I saw
Ten thousand people maybe more
People talking without speaking
People hearing without listening
People writing songs that voices never shared
No one dared
Disturb the sound of silence
“Fools,” said I, “you do not know
Silence like a cancer grows
Hear my words that I might teach you
Take my arms that I might reach you”
But my words like silent raindrops fell
And echoed in the wells of silence.
And the people bowed and prayed
To the neon god they made
And the sign flashed out its warning
In the words that it was forming
And the sign said “The words of the prophets are written on the subway walls
And tenement halls
And whispered in the sound of silence”