This is SHAMEFUL! Watch As Pope Francis Says Jesus Was A ‘Failure On The Cross’

Pope Francis “preached” a message in NYC where he declared that Jesus Christ was a ‘failure on the cross’. The reaction from his all-Catholic audience? They burst into excited applause, watch and see for yourself. 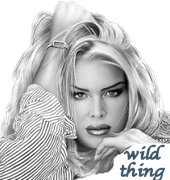 Hosted on Fotki
Wild Thing aka Chrissie comment…………..
Are you serious!!! And the people clapped!! THE CROSS WAS NOT A FAILURE IT WAS A VICTORY FOR ALL HUMANITY! JESUS DIED SO WE COULD LIVE! Jesus fulfilled the plan of redeeming humanity perfectly how is that a failure! Jesus is Victorious!! The cross is a symbol of victory for what Jesus did for us!
The Scripture says in ( 1 Corinthians 15:57) But thanks be to God, who gives us the victory through our Lord Jesus Christ! That man needs to get off the stage and read the Bible!!!! And he’s suppose to be a Christian leader! I wouldn’t let him lead me across the street!!! Totally Shameful!
The Pope is FALSE prophet the Jesus I know won the greatest VICTORY in history on the cross…Shame on you!!!﻿

WTF does he mean failure. Ann is right he is the Antipope.